Get intimate with one of the wildest girls in the industry in ‘On The Same Paige’ starring Paige Owens! In this new scene from SLR Originals she seduces you in a public library. 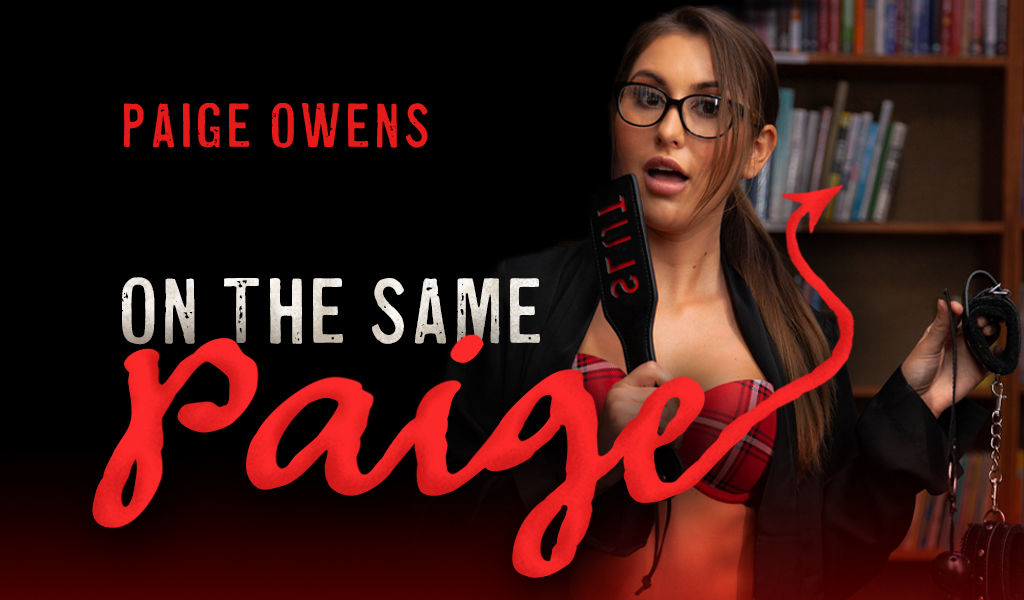 This scene was developed and directed by Alex Nash, and beautifully lit and captured by director of photography Evan Redstar, two of the leading creators in the VR industry.

“Paige Owens has such a versatile talent, she can play anybody and be so genuine about it. At first, she looks so nerdy but when she slowly opens up you can see many of her unique talents in all their glory. Kinky, nerdy, hot sex in the library, surrounded by books, fetish play which culminates on her nerdy glasses - what can be sexier than that? We are all definitely on the same Paige here!”

Get ready for the most exhilarating hardcore VR content yet, performed by one of the industry’s most talented stars. You’ll never forget this experience with Paige Owens.

Enjoy the very best that VR has to offer with the easy-to-use free SLR app.

17,504 VR videos, 238 new scenes released last month
Watch these and other 17,504 videos with Premium
JOIN NOW
Subscribe for the updates
READ ALSO
8 days ago
Try ASMR and VR for a new amazing experience
ASMR is the name for the tingling sensation people get when watching certain kinds of videos, often involving whispering and relaxing sounds. It can be described as a kind of ‘tingly’ feel...
11 days ago
SLR wins top award at XBIZ 2022
We’re delighted to announce SLR Originals has won the award for Best Virtual Reality Sex Scene at the prestigious XBIZ Awards 2022!  Out of all the hundreds of VR scenes released in 20...
22 days ago
Work with us on introducing NFTs to SLR
We’re looking to introduce non-fungible tokens (NFTs) to SLR and we’d like your help to make it happen. SLR is the leading company when it comes to VR porn. We have tens of thousands o...
Categories
All
Top up
Top up $50 get 5% FREE
Payment options
Discreet and Secure