Try out this groundbreaking gender-neutral Boyfriend Experience scene from VRFanService 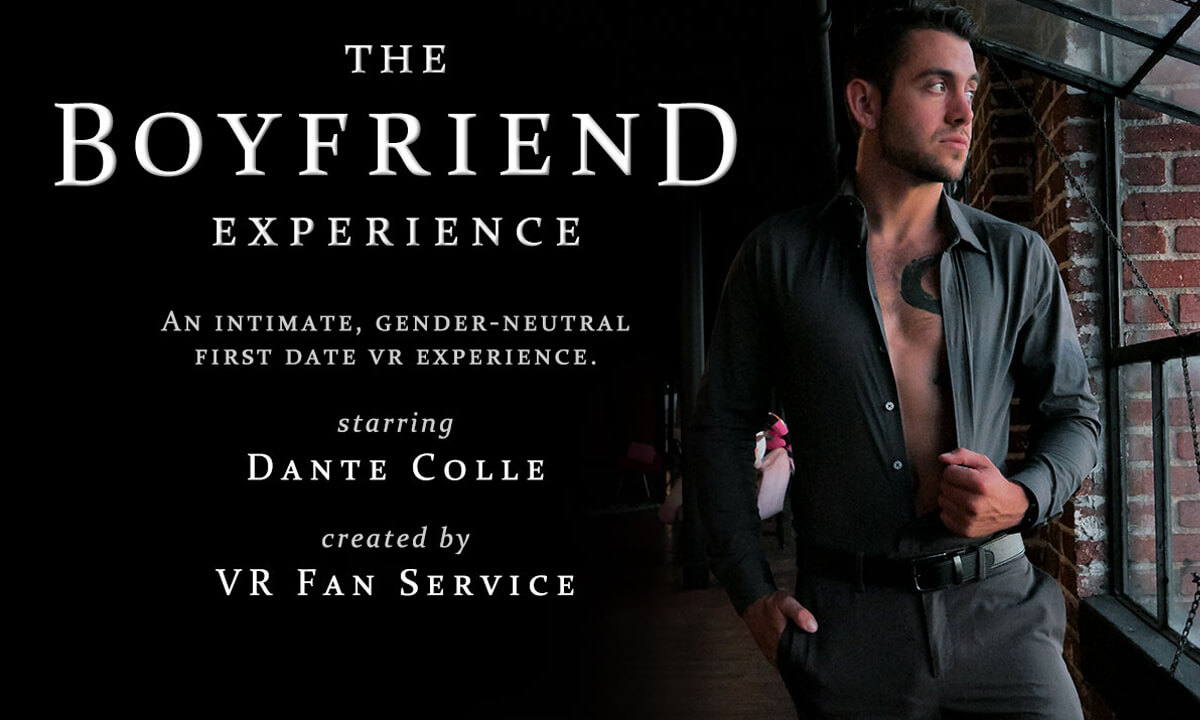 Dante Colle is the male talent in this scene, a chiselled hunk who has full command of the camera. If you’re looking for a virtual date with a stylish heartthrob, you won’t find anyone more charming than Dante. This is a seduction scene that escalates in sensuality reaching an intense climax at the end.

This is more than a just another hot VR video, it allows people all over the world to explore their sexuality in the comfort of their own home. If you’re curious about what it’d be like to date and get intimate with a man, ‘The Boyfriend Experience’ allows you to do so in a safe environment.

The scene was developed and directed by OnTheTelly, one of the most progressive creators in the VR industry. He said: "VR Fan Service had a booth at Hentai-Con 2018 where we took suggestions from guests after they tried out our Oculus Go demo. We received quite a few requests for boyfriend experiences and thought that it was finally time to film one, as we had the right casting with Dante Colle.”

“We filmed it as non-gender-specific as to not exclude anyone who might enjoy spending a virtual date with Dante. VR is often referred to as ‘the empathy machine’ and I think this is based on our ability to capture and share a wide array of experiences that allow us to feel present and connect with those that we might not normally share time with. Dante's performance during the date section was delivered with a sense of honesty and sincerity that I think people will appreciate, especially those who crave some sense of human interaction during the pandemic."

This POV scene is available in 5K at 60FPS courtesy of a state-of-the-art camera rig. Enjoy it at its best with the free SLR app.

17,540 VR videos, 232 new scenes released last month
Watch these and other 17,540 videos with Premium
JOIN NOW
Subscribe for the updates
READ ALSO
10 days ago
Try ASMR and VR for a new amazing experience
ASMR is the name for the tingling sensation people get when watching certain kinds of videos, often involving whispering and relaxing sounds. It can be described as a kind of ‘tingly’ feel...
13 days ago
SLR wins top award at XBIZ 2022
We’re delighted to announce SLR Originals has won the award for Best Virtual Reality Sex Scene at the prestigious XBIZ Awards 2022!  Out of all the hundreds of VR scenes released in 20...
25 days ago
Work with us on introducing NFTs to SLR
We’re looking to introduce non-fungible tokens (NFTs) to SLR and we’d like your help to make it happen. SLR is the leading company when it comes to VR porn. We have tens of thousands o...
Categories
All
Top up
Top up $50 get 5% FREE
Payment options
Discreet and Secure