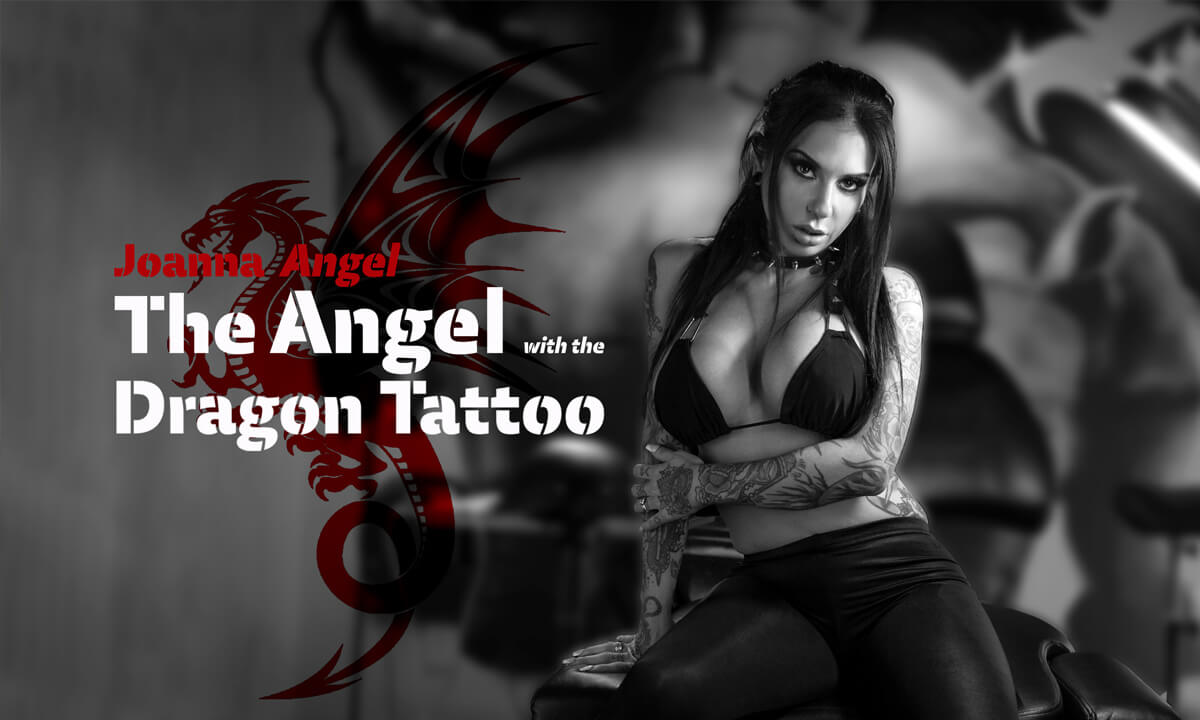 ‘The Angel with the Dragon Tattoo’ is the latest scene for SLR Originals from the AVN Award-winning team director Alex Nash and director of photography Evan Redstar. Expect a gripping plot, outstanding cinematography and incredible performances from the world-class cast.

An x-rated parody of the hugely-successful film The Girl With The Dragon Tattoo, this scene stars one of porn’s biggest stars, Joanna Angel, as she investigates the case of a missing girl. You’re the victim’s stepbrother and Joanna tracks you down to a seedy tattoo parlour and discovers you can offer much more than the answers she needs. She rips her top off to expose her huge tits before launching into some intense and unforgettable hardcore action.

‘The Angel with the Dragon Tattoo’ is available in perfect 5K resolution, with a silky-smooth 60FPS framerate thanks to the advanced camera rig used by SLR Originals. You’ll feel you’re right there in the room with Joanna Angel.

Alex Novak
Alex Novak has always had a passion for technology. Always interested in exploring new frontiers, the avid gamer and sci-fi reader found himself drawn to VR and its endless possibilities. Alex is excited to see what the future of VR brings and how he can help shape it.
Subscribe to our newsletter for the updates
Discussion: 2 Comments
B
Basje9000 1 year ago
Where did the scene go?
0

17,817 VR videos, 245 new scenes released last month
Watch these and other 17,817 videos with Premium
JOIN NOW
Subscribe for the updates
READ ALSO
12 days ago
Try ASMR and VR for a new amazing experience
ASMR is the name for the tingling sensation people get when watching certain kinds of videos, often involving whispering and relaxing sounds. It can be described as a kind of ‘tingly’ feel...
16 days ago
SLR wins top award at XBIZ 2022
We’re delighted to announce SLR Originals has won the award for Best Virtual Reality Sex Scene at the prestigious XBIZ Awards 2022!  Out of all the hundreds of VR scenes released in 20...
27 days ago
Work with us on introducing NFTs to SLR
We’re looking to introduce non-fungible tokens (NFTs) to SLR and we’d like your help to make it happen. SLR is the leading company when it comes to VR porn. We have tens of thousands o...
Categories
All
Top up
Top up $50 get 5% FREE
Payment options
Discreet and Secure